Crowd Out Harmful With Health-full

Around January 1, I see people try to begin or end a habit as part of a New Year’s resolution. Correctly thinking that habits greatly change their health, they use the first of the year as starting point for beginning new habits. I’ve noticed six things that successful habit changers do that the stuck do not do. You might consider these six things as you go about constructing resolutions for the year.

Neither the physical world nor the emotional and spiritual world tolerates a vacuum. Abruptly ending a habit forms a vacuum. Then the person eventually refills the vacuum–usually either by returning to the old habit or by adopting a new habit as destructive as the one abruptly ended.

For example: someone may abruptly stop smoking and then adopt more food to replace the cigarettes. Sometimes this leads to unwanted weight gain. Or the person may tolerate the vacuum left by the absence of smoking for a time, but eventually the vacuum becomes unbearable and they return to smoking.

Rather than resolving to abruptly end a bad habit, some will carefully plan and implement a good habit that they think might crowd the bad habit out of their life.

For example: Some will start chewing gum and think that this habit might replace smoking. Usually, chewing gum is not powerful enough to replace smoking, but the replacement tool can operate powerfully. A better choice might be walking. I’ve had no patient that developed the habit of walking three or more miles a day (six or seven days a week) who continued to smoke; it’s simply difficult to do both (you either quit walking or quit smoking).

When doctors prescribe Welbutrin, they use the replacement tool. The patient usually takes the medication for one or two weeks before they even attempt to quit the cigarettes. Usually, the medication will make the cigarettes less desirable and the patient will just quit smoking (as long as she continues the new Welbutrin habit).

Tomorrow, we can think about mistake #two. Today we consider what habits do we really want to give up. What habits do you think you could begin that might crowd out the bad habits? It’s a good time to carefully consider such strategies. Consider making a list of harmful and helpful behaviors that you would like to begin or start.

Hopefully, scanning through this daily reminder will be a small habit that could keep you moving in a healthy direction and help crowd out harmful behaviors by redirecting focus

_Virtue: Temperance–eat not to dullness; drink not to elevation 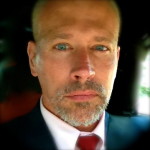 More about these "365 Health Strategies"